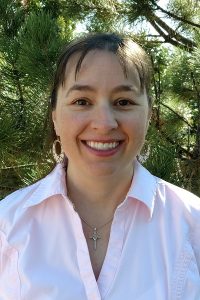 Marsha Kuhnley is an American author of Christian non-fiction and Christian Young Adult Science Fiction/Fantasy books. She has a passion for Bible prophecy, finance, and economics. She received her MBA in Finance and BA in Economics from the University of New Mexico. Prior to becoming an author, she enjoyed a career at Intel Corporation. She uses her education and career experience to take complex Biblical information and present it in easily understandable concepts. You’ll benefit from over a decade of her research and study of the Bible, Bible prophecy, and Rapture theology. She lives in Albuquerque, NM with her husband where they attend Calvary Church.

Marsha has been a guest on the popular Christ In Prophecy TV program where she discusses her books, the Rapture, and End Times topics.

I was born and raised in Albuquerque, New Mexico. I didn’t grow up knowing God or Jesus. As a young child, I was raised in a secular home. We didn’t go to church. We didn’t talk about faith or religion. I remember believing that God existed, but I often thought of him as a puppet master of sorts. Much like me playing with my dolls and orchestrating everything they did.

My first memorable encounter with someone religious happened when I was a first grader, six years old at the time. A mean boy in my class told me I was going to go to hell because I didn’t go to church. I didn’t really know what hell was, but I knew it wasn’t good. After telling my mother about this, I learned it’s the place bad people went when they died. I remember being so confused because I wasn’t a bad person and I didn’t understand what being good had to do with going to church. So why did this mean boy tell me I was going to hell?

When I was a little older, middle school age, my mom and her friends were practicing new age spirituality. It didn’t take long for this to influence my entire family. I attended psychic fairs, had tarot card readings, used a Ouija board with my friends, thought I had spirit guides, believed in past lives, and was even hypnotized several times so I could get a glimpse of those past lives. I grew up in a pagan, new age home. I thought I was enlightened. That I had a better understanding of the spirit realm and life after death than most people.

When I was in high school, I started dating my husband. He and his family were Christians. He did what any good Christian would do and invited his girlfriend to church with him. This was the first time anyone had ever invited me to church. I remember being excited because I was often curious what church was like.
For many years, I attended church with my husband, but just on occasion. It’s because I had a really hard time with it. I was still participating in new age activities during this time. I struggled to understand the songs they sang at church. I remember one song in particular with a verse, “nothing but the blood of Jesus.” Why were they singing about blood? It was gross. I also didn’t understand what the preacher taught. I remember him talking about Jesus’s death. But I didn’t understand why it was important. I also didn’t understand Communion. They passed crackers and grape juice around during the service and then ate them after a prayer. My husband told me not to take it because I didn’t believe. Believe what? That Jesus died? I didn’t understand. I felt like I was the only person in the church who didn’t participate in Communion. I felt like an outsider and like I was being judged during every service. I didn’t fit in. I didn’t understand why these Christians believed their way to heaven was the only way. I honestly believed that I would go to heaven because I was a good person.

I was also reading the Bible a little bit now and even had a difficult time understanding it. My husband even tried to explain these things to me. I wasn’t struggling because I was incapable of learning. I had completed college and earned a couple degrees at this point. It’s like I was up against an invisible wall preventing me from understanding, and I couldn’t get past it. This is that veil I explain in chapter 27 of Rapture 911: What To Do If You’re Left Behind!

I remember one day during this time period, I was at my mother-in-law’s house and I read a note that was taped on my teenage brother-in-law’s bathroom mirror. It was a simple note that read something like: “Pray for salvation for:” and then listed a couple names. My name was on his list! I was taken aback. I was shocked he was praying for me to be saved. This time was different than the little boy in first grade who told me I was going to hell. This time someone was praying for me. It filled me with wonder, and I felt special. It had an impact on me and, as you can tell, has stuck with me since.

When I was close to 30 years old, my mother-in-law invited me to a women’s Bible study class at church. This was the first time I had been invited to a Bible study. Since I had struggled to read the Bible on my own and I really wondered what it said, I thought this class would help. So I decided to go. I went through Beth Moore’s book and class about Believing God. I can’t pinpoint what it was about this class, but this is when my understanding slowly started to improve. I learned a lot about God, the Bible and why we could trust it, and what some of God’s promises were. I met God for the first time in this class.

A short time after finishing the Bible study, my husband and I moved to Los Angeles. Since we didn’t know anyone there, we decided we should find a church to attend so that we could meet some people. We asked the only person we knew at the time, our realtor. Turns out he was a Christian and his brother-in-law was a preacher who had just helped start a new church in Hollywood.

The preacher, Tim Chaddick, had just started teaching through the book of John in the Bible. He wasn’t like any preacher I had ever heard before. He was immensely passionate about what he was teaching and that was infectious. I wanted to pay attention and learn where his passion came from. I learned that I was a sinner and why I needed a savior, that Jesus loves me, that Jesus died for me, and that I could be saved by believing in Jesus. I finally understood the meaning of Jesus’s blood. This is when I met Jesus.

Fast forward a few months. I was by myself out of town flipping through channels on the TV in my hotel room trying to find something interesting to watch. I came across a couple women talking about the Bible and Jesus on one of the Christian channels. I listened for a while as they shared the gospel, and then the women said I could invite Jesus into my life and into my heart. I really wanted to, so I prayed right along with them. At the age of 30, I became a believer and put my faith in Jesus. I fell asleep that night with a sense of peace I can’t explain.

A few months later, I had a strong desire to get baptized. My husband and I traveled back to Albuquerque so that I could get baptized in the church we were married in and where my faith journey started.

One of the first things I did after getting baptized was purge all of the new age stuff I had. I remembered reading about the people tearing down the altars of Baal in the Old Testament. I wanted to do that same thing in my life. I didn’t want anything to do with new age practices or beliefs anymore. I gathered books, tarot cards, music, and pictures and threw it all away.

One of the first books I read after becoming a believer was Randy Alcorn’s book Heaven. I hadn’t read the entire Bible at this point and I didn’t have a good understanding about heaven. I wanted to know what the Bible said about it now that I was certain I was going to live there forever. This book ended up steering my life in a new direction.

In Randy’s book he said some people wouldn’t die. Instead, they would be taken to heaven in an event he called the rapture. I was completely fascinated with this and had to learn more. I read all sorts of books about the rapture, and that led to me reading books about Bible prophecy.

Soon afterwards, my husband and I moved back to Albuquerque and started attending the Calvary Church where pastor Skip Heitzig teaches. He truly is one of the best Bible teachers on the planet. I’ve learned a ton in the time I’ve been attending his church. He helped instill a passion within me to study the Bible and share all the wonderful things I’ve learned about Jesus with all of you.

And here we are today. I’m so passionate about this topic that now I’m writing books about the rapture and Bible prophecy! Now that I know Jesus, I can’t imagine life without him. I want everyone else to know what that’s like too. I know that God will use the books I write to help people meet Jesus.

I often wish that I had grown up knowing Jesus, like my husband did. Before I met Jesus, I was so miserable, and life was so hard. I often felt alone, like no one cared, and that my life didn’t have a purpose. I don’t feel that way anymore. Life is still hard, but Jesus is with me every step. That gives me great comfort because I’m not alone and I know he completely understands everything I’m going through. I have someone to talk to now that truly gets me. He did create me after all! I know that growing up while having a relationship with Jesus would have given me that sense of peace that I have now. However, without my past, I wouldn’t have the passion to help people who worship false gods and don’t know or struggle to know God’s word, just as I did, come to see God’s truth. God indeed works everything for good.

As an Amazon Associate I earn from qualifying purchases.